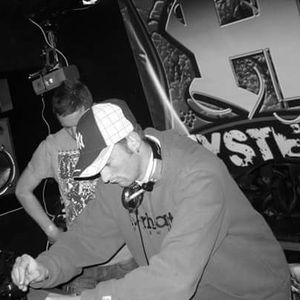 Billy has had alot of experience in the club scene, He is 1 half of "BOOZLED BOYZ" and 1 half of "STOMP 'N' SKILLZ". Both HardDance duo's! He was 1 of 5 promoters from "BAMBOOZLED" @Vivaz Nightclub, Scarborough. Which was running for around 3 years but sadly had 2 take a back seat due 2 lack of a club. "BAMBOOZLED" brought in BIG djs 2 play along side such as. *Cally'n'Juice n Mc Shokker*Jon the Baptist and Chuck-E*Phil York*Kim Ayres*Technikal*Rodi Style *Sam Townend*Steve NRG*Gaz west AKA Dark by Design * Billy has been mixing for about 15 years now, and started with trance, hardhouse and scouse/bounce! shiftin through to hardtrance, hardstyle, Reverse bass and Powerstomp, while also playing with any other style of music he can get his hands on. He has played in many clubs around Yorkshire such as... Harder Timez in York 2 Messy Weekenders in Whitby Northern Upraw